Since I have been doing genealogy I have been blessed to come across relatives of mine who are heavily into genealogy as well.  I call it kindred spirits.  Every time I am at a crossroad or hit a so called brick wall, God will send someone my way.  About two years ago I was researching on Ancestry.  I had been so deep into the Luck side of my family that I shut everything else out.  Needing a break from my Luck genealogy project, I decided I would look more into my paternal tree, the Wilson's.

Up until two years ago I could only go back to my great great grandfather "Turnip" Wilson or at least I thought it was Turnip.  While on Ancestry I come across a photo, a photo that gave me chills.  The photo was of a man named Turner Wilson born abt. 1847 in Pittsylvania County, VA.  The picture gave me chills because I could look into his face and see my father, uncles, cousins....I immediately felt a connection.  I've often heard historians say that they believe our ancestors guide us and I truly believe that also.  After I got over my initial shock I contacted the lady who owned the picture.  Her name was Annie Wilson Mosby.

I couldn't see her tree because of the privacy settings so I explained to her my reason for reaching out.  My first words to her was, could my "Turnip" be your Turner?  Funny thing is although our names matched on down to my great grandfather,  his son, there was still a little hint of doubt on her end.  Why?  Because the family didn't know my grandfather existed.  Here is a little background story:  My father Ernest Wilson (1949-2005) never told me much about his family.  All I knew was my local aunts and uncles.  His father died when he was only 9 years old.  His father Orlander Wilson (1908-1958) was born to Hester Wooding (1892-197?) and Otie Wilson (1893-1971).  My father was raised primarily by his paternal grandmother Hester Wooding who eventually married a man named George Hairston (abt 1891).  They were married in December of 1917, when my grandfather Orlander was about 9 years old.  Even though my great grandmother Hester was never married to Otie Wilson she still gave my grandfather Orlander the Wilson name.  That was rare back in those days especially if you weren't married.  I am so glad that she chose to give him the last name Wilson because that's the connection.  I believe if she hadn't, we wouldn't have a clue.  So as time goes on, Annie gets in touch with me and says I think your "Turnip" is my Turner after all.  She spoke with one of the oldest living relatives in the family and apparently "Uncle Oat" as she called him did have a baby by a woman in the city.  In those times if you lived in Pittsylvania County on the outskirts, Danville was considered the city.  She said back then with segregation blacks didn't have anywhere to go in the city of Danville so they had this one little street called Bruce Town on the southside of Danville now Stewart St.  She described it as being a street that had juke joints and endless house parties.  My great grandparents supposedly met there.

After I was told that story I called my first cousin Stephanie.  I was praying that she would know something.  She was close to 50 and actually lived with our great grandmother as a child before she passed away in the 70's.  She said I don't know about her youth, but knowing "Nanny" a juke joint is one place she would have never been.  So you need to tell that lady she is wrong.  She was  horrified at the thought of Nanny being in a juke joint.  I thought it was no different than going to the club today.  I had to know more about this Hester & Otie story so I started researching these two, my great grandparents, my grandfather's parents.  I had to know how the hook up took place.  Annie started to dig deeper as well and together we came up with something.....and guess what?  Otie didn't meet Hester in a juke joint.  They lived beside each other, grew up together, were childhood sweethearts and were both 17 when Orlander was born.  We found that out after reading the enumerator and I was so excited!!!!  To put the icing on the cake, my great grandmother had a chest in the basement of her home on Broadnax Street in the Almagro community.  My first cousin Sherrie purchased our great grandmothers home from my Uncle Waymond.  She wanted to keep it in the family as it was sentimental value and close to our hearts.  Sherrie wanted to know what Otie looked like and he told her to open the chest and she would see a picture with a man standing like a duck and that would be him.  She said when she opened the chest the picture jumped out at her and she knew it was him, actually it was several pictures of him with different poses.  And then there were letters, love letters shared between Hester & Otie.  Hester was raised by her aunt Letitia Wooding Wilson who was married to a cousin of Otie's named Jake.  Her parents passed away at a young age.  Otie's parents Turner Wilson and Louise Owens Wilson lived next door and according to the enumerator everywhere one family moved the other would follow.  Hester and Otie eventually parted ways and both married other people while they were still in their early 20's.  Otie married Sallie Keen and they had twin sons, Jessie and James Wilson. James died at birth and Jessie was born a midget.  Jessie passed away in 2001 at 85 years old.

I finally got to meet Annie this past summer.  I got so many crazy looks when she was introducing me to folks as Uncle Oats great granddaughter.  Annie had her childhood school restored and preserved and she had the grand opening this pass summer.  I fell in love with her and it feels like we have known each other forever.  Things really came full circle for me after meeting her.  I met family I never knew existed and was told stories about this all black community between Pittsylvania and Henry counties in Virginia called Callahan Hill.  In fact Annie wrote a book called the African American Villages of Callahan Hill.  It documents several ancestors going back to my 3rd great grandparents, Faigwall (abt 1830) & Sallie (abt 1840) Wilson.  An emotional moment for me was when Annie asked to see my pictures of Otie.  She only had one picture of him and no one else had one.  She had one of those old tin pictures smaller than a wallet sized photo.  I had a bigger, clearer version of that same picture.....that sealed it for us.  So now Annie has turned into my best friend in genealogy.  We are in two different times zones but I could call at 3 am and she will talk to me.  What a blessing it is to have found her.....my dear Annie ~ 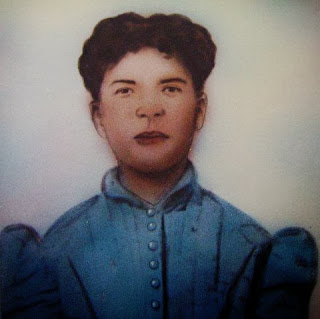 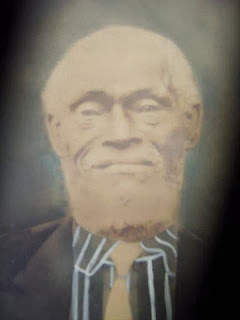 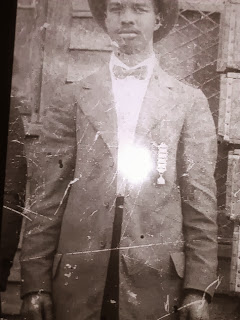 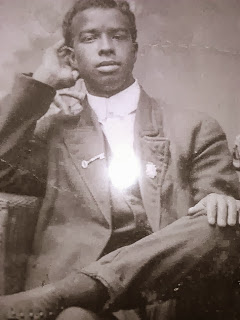 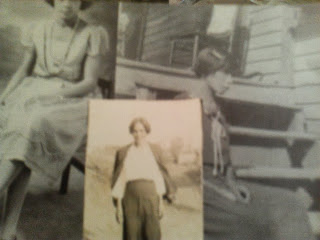 And here is the son of Hester & Otie, my Grandpa Orlander Wilson Sr. 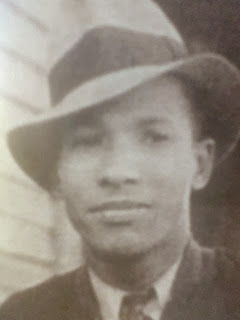 Gardner's daughter
Genealogy is my passion and I love history. To me this is my way of leaving my little piece of history behind. I hope you enjoy reading the stories of my ancestors.